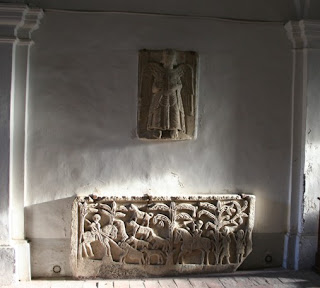 I was invited to send an entry for Doug’s blogging carnival – partly because there were not that many entries when I was asked a week ago. In addition, Doug knows who I am. Apart from trying to make my mark as a researcher on various ever changing temporary contracts and occasional non-archaeological work, I have also blogged on current issues ranging from Syria and the plight of regional museums in Britain to planning process and Old Oswestry Hillfort as well as to that TV series that should not be mentioned any more (Channel 5, you were rubbish and you still are). I may have had my most popular blog entry for the 2016 already in early January while writing it in a hurry trying to finish off my tax return.

Now, getting serious. The couple of last days have brought about several news and issues. Not any small issues. Not just challenges to my archaeology, but yours, too, and your colleagues’ here, there and in other countries. It is about cuts. It is about university education. It is about representation. After a period of increasing professionalism, expanding participation and increasing degree numbers, discussions on protection of cultural heritage, international treaties and recognition of heritage crime and ethics, we are reaching a point where one has to wonder, if we are going to regress instead of progressing.

There has already been extremely well-written blog entry about the uninspiring and downright scary outlook of British archaeology titled ‘Weathering the storm’ by Incurable archaeologist that presents the many challenges from the apparent abolishment of Lancashire HER, similar news from the culture front in Shropshire and severe cuts to the Norfolk services. It points out how the ministers can say sweet words about protecting heritage – when it is from Daesh and in Syria or elsewhere in a conflict zone. He outlines the lack of public engagement within commercial sector – although I may disagree here, since nowadays public days, web sites, blogs and lectures are plenty. Many units have their own officers dedicated to communications. However, HOW things are communicated can always improved. As he points out, planning archaeology has produced fantastic results, resulting in projects on British Roman rural settlements and now the English Landscapes, all benefiting from open access data and the activities what is now Historic England. He does not forget the problem cases either, such as Old Oswestry.

Now the planning system is under strain, because the government that speaks with sweet words elsewhere has externalised cuts to the local government that has to try to keep up with cutting while keeping the statutory basic services going. Archaeology, museums and libraries are battling against the needs in social services and schools. It is not only culture that suffers, it is also children’s services and every kind of support one can imagine. In this kind of climate where the rich countries cut taxation and stop providing services is the story everywhere and it is a ideological choice. Google has to pay 130 million pounds in tax. Value is seen in keeping the companies that do not really pay taxes in the country while cutting from the public good. Currently, all children can go to the British Museum and most of the regional museums. Education benefits from the collections and all this, together with knowing about the past is about to suffer.

This cutting to the bone and beyond is not happening only in Britain. Just a few days ago the University of Helsinki finally announced how they plan to make the huge savings the shrinking statal funding will require. About 25 %of the administrative personnel have to go and apparently 4 – 5 % of teaching and research personnel. It is all packaged as a transformation of administrative services and restructuring of teaching and undergradurate degrees. The matter was not made better by the University’s translation error: instead of terminating contracts, they stated that they will ‘terminate... employees’.

Earlier this week the list of different traditional and digital series the university is going to discontinue was made public. Series in textile research and smaller subjects, such as Egyptology, together with especially French and German language publications are facing the axe. How archaeology will weather will be seen, but the National Board of Antiquities has already seen considerable drop in staff across several years. Some national museums and historic buildings have been mothballed and there are serious doubts how the services will function. The section for the care of cultural landscapes, that is keeping the most important protected sites presentable, will close. Naturally, the excavations have been recently increasingly externalised in order to cut the number of temporary personnel. The archaeological companies that used to be a fringe activity are now an everyday phenomena. People are dedicated, innovative and highly educated, but how long there will be monies?

Then we can see ‘the Italian Job’. The recent sudden plan of changes to legislation seem to abolish the development archaeology and rescue excavations as have been modelled in recent decades after the British commercial model. The different Superintendencies have been joined, the protection of environmentally valuable sites and built environment is heading to the same entities while the protection seems to be loosening. The use of volunteers is promoted while central control is rising in traditionally regional system. In the face of retiring work force, the existing employers play musical chairs. The people – except for those retiring – do not seem to move anywhere, even if names of the institutions and directors are flipping from one to another office. The petition to save Italian world heritage has started its rounds with 5000, and then 9000 names collected and a sit-in protest on January 28 in front of the Ministry. The bloggers have suggested that this all will bring the death of archaeology in Italy. At least one international collaboration is in danger: Fasti Online, a map interface presenting classical fieldwork project around the Mediterranean, run by the Associazione Internationale di Archaeologia Classica (AIAC), will see its Italian governmental funding disappear in the changes in Italy.

This happens while the university education is facing more changes in UK with a danger to become even more expensive. The grants to the poorest students have been abolished. Those without independent means have to take student loans and even if there is an idea that those on lower pay do not have to pay it back, there is no guarantee that the system does not change. There have been already different ideas to sell the student loan portfolio and who knows how the things look in 5 years’ time. At the same time there is talk of different tiers of universities combined with different tuition payments. There is talk about teaching universities and research universities and the new universities are unlikely to be majority of the last ones. The teaching is increasingly in the hands of assistants paid only for hours taught and the jobs after a PhD (the grants for which are in humanities disappearing fast) are increasingly a series of temporary postdocs. It is likely that the proper jobs in humanities will be cut down when the university system reforms.

This hits especially hard women, who have to wonder when they are settling down and starting a family while travelling the world as postdocs or having a proper career while sometimes sidelined besides the male peers. One couple were both shuttling up and done the globe, from Canada to Sweden and separately searching for new positions after the previous was ending. At least their skates were handy in Sweden, too. They tried to apply in the same geographic areas, but they could never guarantee being in the same country. People are getting more aware and ever so slowly the structures are changing, but still the childcare arrangements, life – work balance and expectations of academic careers do not meet. Not helped by the apparent workaholism of many of us.

When one adds to this the potential Brexit, cutting direct EU research funding to UK and maybe reducing the mobility of researcher between the continent and UK, there are huge gambles ahead not only for commercial archaeology, planning archaeology and museum and archive services but also to academic archaeology. In my current position where I will be over 90 days a year outside Britain for fieldwork and such, I will not manage to fulfil the citizenship requirements in UK. International researcher has to travel. I am left wondering, if I, as an EU citizen, can stay legally in the same country as my husband and son without stretching the definition of tourism, if the Brexit happens. However, the latest news for this weekend rise some hope but there will still be a referendum.

Human situations bring me to the human condition and humanity. In the world where our everyday is filled with ditches, pottery and stones, and we try to campaign against the illegal trade of antiquities, it is so easy to forget those who we need to support archaeology. We need people, since without the people, there cannot be heritage and no one will need their past. The borders seem to be closing, the attitudes are hardening, the refugees have been marked with bright colours, and their possessions may be confiscated in some countries. Even if there is talk about increasing access and improving diversity, can such ideals survive the cuts and will liberal thinking and humanistic approach be with us in the future? The actions of colleagues, such as Sanna Aro-Valjus, passing information from the human conditions in Syria and loaning her home to a refugee family while away, and Martin Runqvist has given his time to refugees, suggest that within our profession still has a solid moral core and there are plenty of people whose ethics are admirable. As archaeologists, we need to remember to keep our values, communicate our purpose and remember that monuments need people who also may need our kindness and respect. I can just hope that a few words can help. 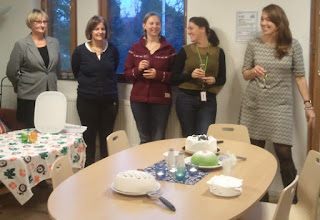 We have celebrated before. Can we celebrate in the future?
The international community already helped to save the Swedish Mediterranean institutes. Can we now help to save the legal base of Italian archaeology and help to protect Italian heritage, our European heritage? There are now over 9400 signitures in the petition before your signiture, if you haven't signed, yet. Click HERE.
Posted by Ulla Rajala at 09:23