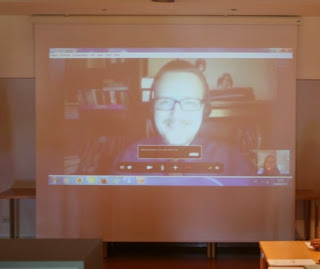 After two successful TAG sessions in a year – one in the Bournemouth TAG and one in the Stockholm Nordic TAG – I just haven’t managed to get rid of that painful memory of the awkward Lampeter TAG session in 2003. Not only had the organisers moved the session from afternoon to morning AFTER the printing the programme, but this change was only communicated on a handwritten A4 placed above the information desk among the other colourful notes. I apparently should have been shouting the change on the rooftops myself. Instead, I went to the basic Finnish communication mode and concentrated in getting through with it. Result: the only listener was the computer helper on behalf of the organisers – who luckily was quite interested in the philosophy of archaeology. The key speaker informed me on the day he could not come, a few papers were read by me or other participants and as the result the discussion was dismal. After the sessions some friends came to tell me over lunch how much they waited for my session and I had to tell them that it was all over already. For this, I had left fieldwork in India early, only for the small crew to stumble into an unusual find and I should really have been there to record it properly. That memory lingers. 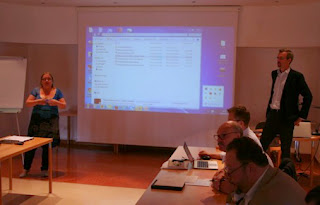 I and Kristian Göransson opening the workshop (photo: R. Hedlund)

This time it was bigger with a grant from the Riksbankens Jubileumfond and people flying from the Nordic countries, but I should not have been worried, since it was all lovely and high quality. Naturally, there were the customarily cancellations and quirks. The Director from Berlin just couldn’t leave his workplace and was replaced by a junior researcher from Rome. One presenter had fallen quite unpleasantly ill, but Harri Kiiskinen read her paper very well indeed. One Mac did not talk to the video projector, one speaker came in late and I had to run out of the room when the evening restaurant called just during a Very Important Paper. As a result, the timetable was thrown out of the window with me explaining the owner of the restaurant that I had already confirmed all the previous week with somebody over phone after talking to her. However, otherwise it went so nicely. 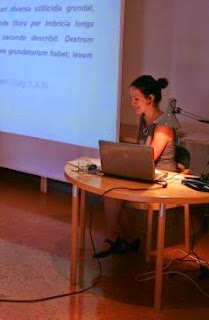 I should not talk about the content too much, since one of the participants has promised to write a piece to the AIAC Newsletter and I am still wondering, if we should do a series of project presentations to the Archeologia e calcolatori. Thus, I do not mention everybody and their contribution. However, I can tell Karin Westin Tikkanen gave a wonderful presentation on the languages in pre-Roman Italy and showed that we have a lot of common interests in the light of potential future projects (I am waiting for all sorts of decisions later this year). Professor Silvia Orlandi from La Sapienza explain the latest, same day news of the EAGLE project and answered enquiries about the project and the future portal to an audience composed mainly of Nordic archaeologists, classicists, epigraphers and historians, but also participants from Italy and Germany. The workshop brought together the researchers from the Finnish and Swedish Pompeii projects to compare their work with the political graffiti in Pompeii and their digital presentations. These people had not really met and discussed their work before. The Skype video link to Florida worked and we got an interesting contribution of using old squeezes digitally. 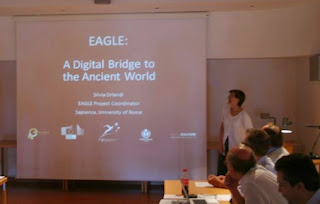 I was very fortunate that Kristian Göransson, the director of the Swedish Institute in Rome, was enthusiastic from the start, gave opening words and was present a considerable part of his working day. We also had a surprise visitor, since I had not quite thought Christopher Smith, the Director of the British School at Rome, would have time to come for a [free] lunch, even if we have common interests and he gave me advice on a failed money application. Having a director from the G8 of the international institutes in Rome (not a term coined by me) gave new kudos to the workshop and kept alive a contact that will be needed for the most important of the scenarios I have for future research. This is what it was basically all about: getting people together, presenting and discussing and starting little by little building a collaborative framework for the research of Italic and pre-Roman identities in Italy. And if nothing that grand comes out of this, I will have to create a research database and place it or parts of it in open access – one day. 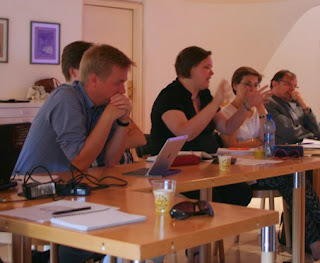