When in Bristol – in praise of regional museums 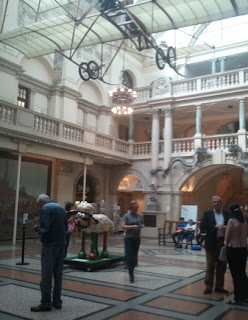 Entrance to the Museum in Bristol

I had just managed to visit the Newarke House Museum in Leicester with my son, when the news reached me that the city of Leicester considers selling the property to the De Montford University. The venerable Peter Liddle delivered a link to the petition, which I duly signed. As I also signed the petition against the closure of the Snibston Discovery Park by the very same Leicestershire County Council that some years ago ‘let Peter Liddle go’. As the petition made clear, the last thing Coalville needs is more housing in the area that is now the Discovery Park and the conservation area. It is a declining place, a former pit town, with little hope if Snibston goes. Some people will stay and commute to Leicester and East Midlands Airport to work, but no groups will come to marvel the place for any reason. Similarly, the beautiful fashion collection will be placed behind a lock and key. 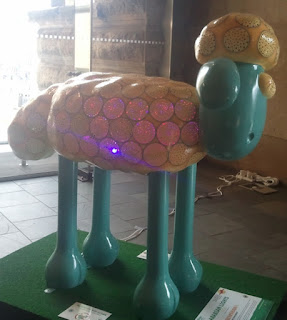 Similar news of selling museums and closing doors come from places such as Lincoln and the heritage professionals try desperately to remind the decision makers how much cultural economy actually creates wealth. Nevertheless, with the conservative government wanting to create a small state, it will be difficult to keep heritage going. If there will not be enough money for the NHS, what hope do archives or museum storage have? Somehow the government seem to hope that ‘community projects’ (i.e. people doing professional work for free) will rescue the sector, which after all is dear to many party supporters. In the end the question is, whose responsibility is our past and heritage? 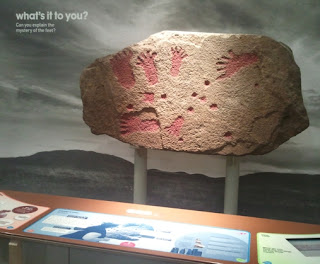 Which kind of entity will be responsible for saving the memory of the past generations to the future? Will it be private beneficiaries? Will it be the private citizens? Will it be the local companies? Will it be the multinational corporations? As UNESCO and other organisations acknowledge by making agreements with countries and governments, this responsibility lies with the STATES. If the state cannot fulfil its functions, it will be neither Great nor Britain, since the memories will be lost. It is quite sad that one has to remind people about the fundamental responsibilities while they are hoping to engage the public with the discussion of the urgent problem of aggressive seagulls – while museums are closed, planning departments are strained under work, Greece is going down, young doctors will be forced to work unsocial hours and parents are not allowed a say in the status of the local schools (when did ‘forced’ action become the default policy for everything? What happened to ‘local empowerment?). Some people seem to get their priorities just right... 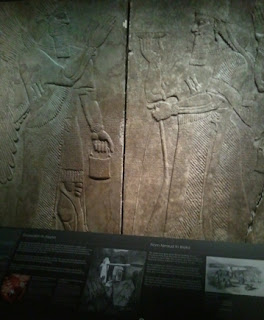 Anyway, let’s remind us what marvellous things our museum sector has and does. I had to visit Bristol this week for a job interview and after a long time could pay a visit to the local Bristol Museum and Art Gallery. I admit, many of the older collections in this museum originate from the colonial times, but who could not marvel the impeccable Egyptian collection or try to trace the puzzle of the origins of the Nimrud friezes. When a small room in a museum allows local children the same kind of attachment to the origins of our Western Civilization as the British Museum, isn’t it wonderful? The items, such as a Benin head, may have been taken and sold without the consent of the real owners, the peoples of different colonised countries, but their sheer existence allows important discussions to take place in the class room locally and raise awareness of contemporary issues. 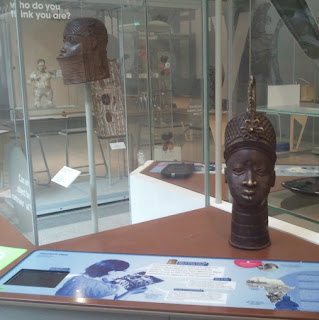 I wandered through the displays of local dinosaur finds and thought that my son would love to be there as well. I encountered the Victorian and Edwardian paintings and was thinking how this collection, even if smaller than in Birmingham, has some pretty beautiful examples of Pre-Raphaelites and even a nice piece from my all time kitsch favourite Alma-Tadema. There are Pissarros from France and paintings from Gainsbourough and others from the 18th century, not to mention Elizabethan portraits. Even Martin Luther is there on the wall. Where did the 19th century sense of providing citizens with educational experiences disappear? The high-class members of societies and corporations may have been slightly patronising, but they put together beautiful collections to show city-dwellers. 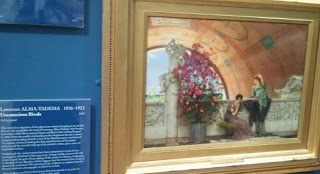 A painting by Alma-Tadema

This was repeated all over Britain during the Victorian times. Flinders Petrie’s expeditions to Egypt were financed by these regional museums and that is why you have these beautiful Egyptian collections in cities like Leicester. Then you have the Pre-Raphaelites in Birmingham and German expressionists in Leicester again. Derby has its Wright collection and Etruria its potters. Are we heading towards a new dark age when this all is lost? Collections need dependable funding for decades, not project funding. This type of monies comes only from a state and official bodies, not fickle private donors.